This is a story I wrote in response to an exercise at a Nancy Mellon workshop. The exercise was to write about parents who have essentially fallen into the computer and how the children can rescue them. In my story, nature teamed up with the children. Let me know what you think about this.

A boy and a girl lived with their mother and father in a house  near a lake at the edge of the forest. They worked together cooking, cleaning, and gardening. They took care of all the things that needed doing around their house. They worked until the work was done. Then there was plenty of time for the children to play. The family ate their meals together, and Mother and Father told stories. The children loved the stories.

Everyday the children put out seeds and breadcrumbs for the birds. They loved to listen to the birdsong and watch the birds fly about. They especially loved the little finches who came everyday from their nests in the trees near their house.

One day, just as Mother and Father were finishing their busy day’s work a large, beautiful snake came into their yard, and then slithered into the house. His scales were of every color, and when he moved, his scales changed colors.

Father grabbed a broom to chase the snake away but the snake spoke; “Do not be afraid of me. I am here to help”
Mother said, “How can you help?”

“I have something for you that can make your life easier. It can help in all that you have to do and you will have more time to be with your children.”

Mother and Father were excited when the snake gave of them thin, silver boxes. They each picked one up and opened the lid. A pale blue light shone from inside and the parents stared.
The snake smiled and went away.

The children went outside to play. When they returned, they found their parents still staring at the boxes as if they were asleep with their eyes open. The children couldn't wake them up.

This went on for some time. The parents did less and less around the house and barely had any time for the children.
The children wanted to help their parents but didn’t know how. Their parents didn’t listen.

The snake heard and came back to their house. "Leave them be or I will eat you all up," he said. “We want our mother and father back. We will wake them somehow."
"Then I will eat you both," said the snake.

The children took hold of their parents’ hands and dragged the parents out of the house. The silver boxes fell to the floor. The snake chased after them, and they ran and ran into the woods, the snake getting closer and closer.

When the snake went away, the parents came to their senses again. Their eyes were awake and they smiled and hugged the children and each other. But they were in the middle of the dark forest, and none knew the way home. They were lost.

Just then seven finches flitted around the family. Two of the small birds had the silver boxes in their beaks. The other finches were singing and Mother and Father and the two children watched them and smiled. The finches then flew away along a narrow path. They knew they could trust the finches and they followed.

They followed the finches through the forest for a long time. Occasionally they could see a star sparkling in the sky through the canopy of tree branches.

Finally they came to the edge of the forest and the finches landed in the branches. They could see the whole night sky. It was filled with twinkling stars. They were on the shore of a lake and the lights of the stars twinkled and reflected on the water.

They watched for some time until, starting in the east, the sky lightened, and then turned rosy and golden as the first rays of dawn appeared. The finches flew over the water and the two who were carrying the silver boxes dropped them into the lake. The boxes fell into the depths of the water, and the finches circled around the family and then flew away.

Across the lake was the house where the family lived. They could see the path around the edge of the lake that led to their house, and they began the short walk home as the new day began.

The enchantment of technology can be an obstacle to connection. Real connection is a human need. Perhaps nature can help break the spell and we can use those silver boxes as tools at our pleasure rather than be under their spell 24/7.

What do you think about this?

Posted by Chamakanda Steve at 6:48 PM No comments:

What's the Big Deal About Imitation?

For the young child, imitation is the primary learning modality. So many elements of our human-ness are developed in the early years and they are developed through a process of imitation. Among these learned skills are walking, speaking, and methods for dealing with stress and challenges. Humans only learn to walk and speak by copying other human beings! And we develop our habits of dealing with challenging situations and our communication habits, by copying. These habits are firmly entrenched by age three or earlier.

A key neurological element involved in imitation is mirror neurons These neurons 'fire' both when an child acts and when the child observes an action performed by another. It is the same with any age - mirror neurons are engaged when we receive through our senses information (sights, sounds, etc.) about what someone else is doing. They stimulate ‘motor’ neurons as if we were doing the moving or speaking. Mirror neurons are important for understanding the actions of other people, and for learning new skills by imitation.

With human beings, imitation is of much greater significance than other creatures of the earth. A newborn horse will stand up within the first hour after its birth, can trot and canter within hours, and most can gallop by the next day, even if you remove all other horses from the foal’s environment. The foal will also “speak” like a horse without other horses around to imitate.

A human being will never learn to stand, walk or speak like a human unless there are human walkers and speakers to imitate. These three human capacities of walking, speaking and thinking are developed by imitation and are founded on each other.

At first, the baby makes random movements. Repeating and repeating these random movements develops the neural pathways that allow the control of the baby’s own movement to gradually arise. By copying the human walkers around her, the baby learns to walk. Speaking becomes possible because fine motor skill is developing to control the various fine muscle activity involved in creating speech sounds, from jaw movement, air, tongue and lips, to the vocal cords in the larynx. The sounds are copied from the human speakers around her. Speaking is a foundation for thinking because most human beings think in words. First we have to develop vocabulary, syntax and grammar, and then we can think.

Let me repeat; When human babies are born, they cannot walk or talk. How they learn to walk and speak is by copying the other human beings in their environment. If they were not around other human beings they would not learn how to walk and speak like a human. (For example the ‘wolf child of Aveyron’). The children also learn many other things from parents through imitation, notably their strategies to deal with frustration and stress.

Mirror neurons are active when we are learning to walk and to speak. The child’s motor nerves are stimulated when seeing someone else walk, perhaps as preparation for their own walking. The same with the vocal system. When watching and hearing someone speak, the larynx and related organs are stimulated to move in a similar fashion as the speaker’s. This continues our whole life.

It is crucial to understand the role of imitation in learning for the young child. When we grasp the implications of this fact, we have to look at ourselves to see if we say and do what we want the children to imitate. Since the primary learning modality for the young child is imitation, what we do and say, and who we are as adults standing before them is of the utmost importance.

This is an except from my just finished new book, Conscious Parenting: A Guide to Living With Young Children
Posted by Chamakanda Steve at 1:43 PM No comments: 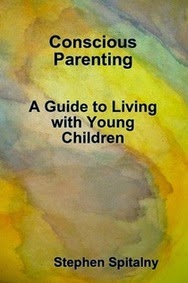 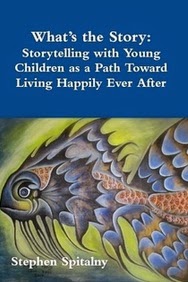